A life dedicated to flamenco.

Flora Albaicín debuted at the age of five at the Palau de la Música in Barcelona, with her mother, the great Flora Albaicín, who was a pioneer in introducing flamenco in such a consecrated place. Since then, she has not ceased her professional activity acting from the Grec Theater to carry the legacy of pure flamenco all over the world.

She Completed her studies graduating in music theory, piano theory, singing and piano from the Conservatory of the Lyceum of Barcelona. She was also educated in Medicine of Dancing at the University of Alcalá de Henares.

As an interpreter, she is well-known worldwide for the strength of her (heal work) tap-dancing as well as the beauty in the expression of her hands. As a choreographer, she puts special emphasis on respect for singing and rhythm.

Flora Albaicín has been the face of Canal Sur Television and for the Osborne brand. She has performed special dance programs for the R.A.I., and many other short films / documentaries as in the movie “Akí hay Kaló” by Israel Ramírez, about the history of the Gypsy People.

In 1998 she was commissioned to produce the Freixenet soundtrack for the most important advertising spot of the year, which resulted in a media and social repercussion at an international level that exceeded all expectations of the brand.

In 2003 Flora created heal work choreography, in it’s entirety, for García Lorca’s drama La Casa de Bernarda Alba where the sound of feet stomping through the full scene ruled the play from beginning to end. The audience requested the extension of the play for several months.

In 2010 she was commissioned by Anna Tarrés to bring flamenco to the water and to prepare the women of the Spanish synchronized swimming team for the London 2012 Olympics. There, the athletes performed a flamenco choreography that led them to win the Silver Medal. During the same Olympic Games, the technical routine was performed to a soundrecording of Flora’s heal work while dancing flamenco.
Flora has sport horses, bred from highly prestigious farms such as Pablo Hermoso de Mendoza, Paul Schockemöhle, Ortigão Costa and Miguel Angel de Cárdenas.

Precisely because of her fondness for the equestrian world, she was commissioned to choreograph a “bulería” (Andalusian song accompanied with clapping and dancing) for the vaulting Spanish team for the European championship in Germany, where they achieved with great success and enthusiasm the recognition of professionals and fans.
Flora shares her choreographies and knowledgements with great artists in other genres such as some Hollywood stars or great musicians like Metallica.

From a very young age her professional career has been linked to teaching. The Flora Albaicín Method was not only highly prized by the most important flamenco body as the Chair of Flamencology of Jerez de la Frontera, but it is also the oldest flamenco dance teaching method, opening schools for her followers worldwide. Due to this responsibility, it is necessary to highlight that Ms. Albaicín takes frequent trips each year to different universities around the world in order to perform and give seminars, workshops or conferences on flamenco dance.

Precisely because of her fondness for the equestrian world, she was commissioned to choreograph a “bulería” (Andalusian song accompanied with clapping and dancing) for the vaulting Spanish team for the European championship in Germany, where they achieved with great success and enthusiasm the recognition of professionals and fans.

Flora shares her choreographies and knowledgements with great artists in other genres such as some Hollywood stars or great musicians like Metallica. 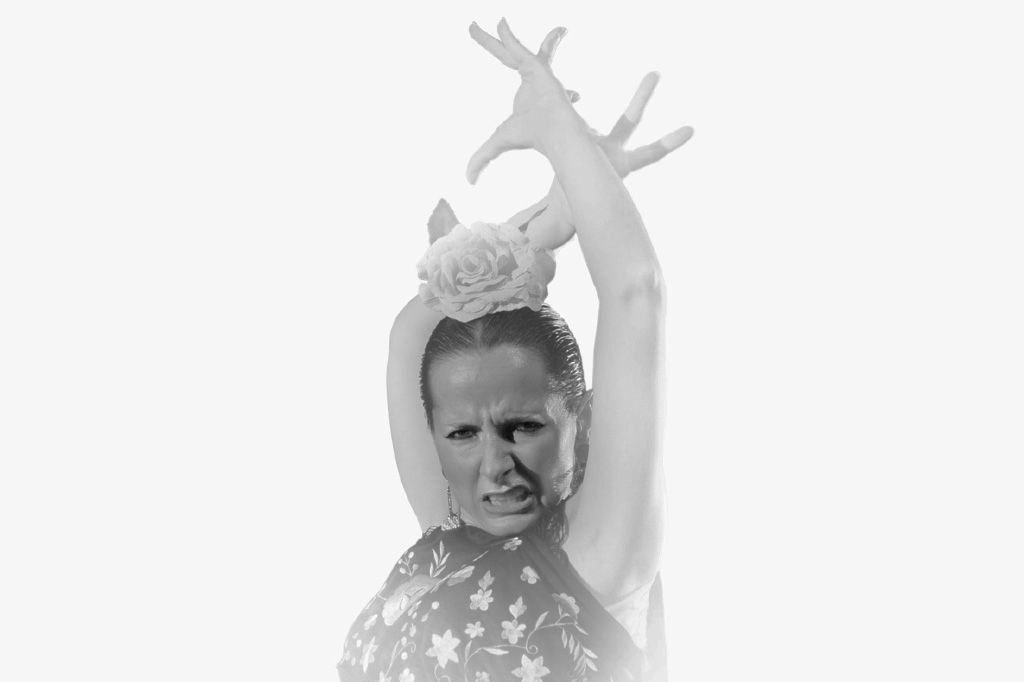 We are proud to announce that registration is now open for our Fall 2020 Semester!

The regular courses start in September and end in July. They are from Monday to Thursday and have a duration of 1 hour. There is the possibility of doing 1,2,3, and 4 hours per week.

Private classes last 1 hour and must be booked in advance. They are only for 1 person or 2 maximum if it is for Sevillanas. There is availability all year intensive flamenco workshops.

2 weeks 1 hour each day, from Monday to Friday, 10 days total in the afternoons, the first half of July each year.

Regular classes during the year of 1 hour per week start and improvement
Sevillanas before the Fair: they consist of 10 hours in total spread over two weekends, Friday, Saturday and Sunday afternoons just before the start of fairs and pilgrimages, so they are usually scheduled in March, April, May.

During the year we organize conferences on the history of Flamenco and practical classes related to live performance. They are only for students enrolled in school.

Continue your training this fall via Skype with a rigorous program. This is an ideal program for students and professionals who are unable to attend the Flora Albaicín Institute as full time students. 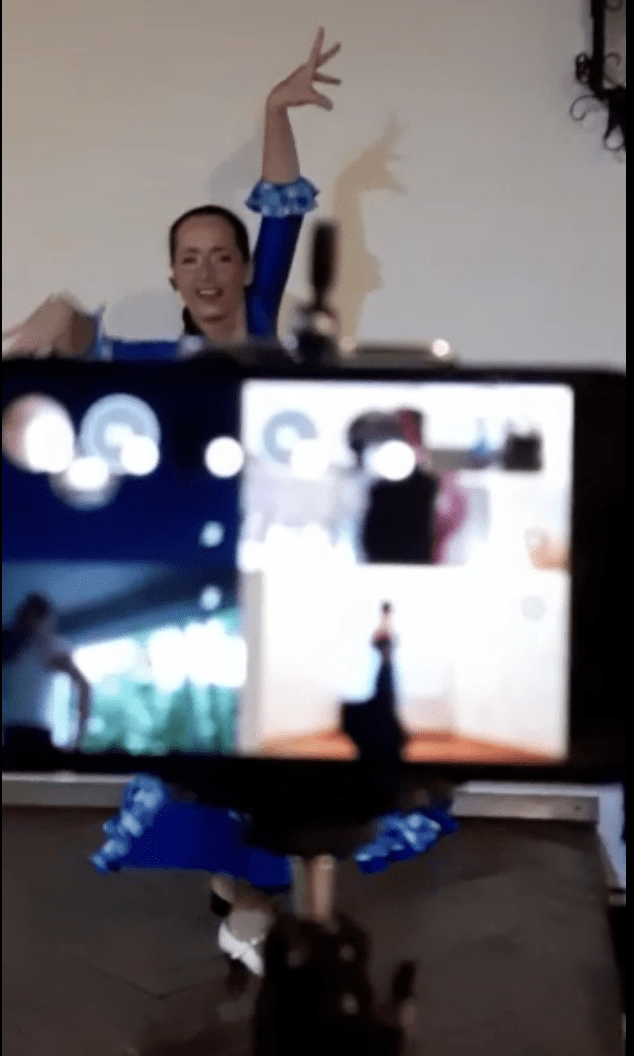 The Flora Albaicín Method has been awarded the National Flamenco Award granted by the Chair of Flamencology of Jerez de la Frontera.

Here, personalities such as Antonio Mairena or Jean Cocteau have worked and been inspired.

Our teaching method is based on deepening the knowledge of the compasses of all Flamenco genres. We work from the root with the study of the “cantes” or folk singing and musical metric. The class sizes are always limited and we personalize a lot in the follow up of the students.

All choreographies are tested with live guitar, so it is important to study the different bars before, in order to have freedom of expression without copying a mirror or other people. Included in our classes, is traning in the use of whole body expression that we have adapted from theater classes.

All of our courses include theater training.Students apply, from the foundation of their dance education, a synthesis of the two Methods. The Flora Albaicín Method awarded the National Flamenco Award and the study of the Lee Strasberg Method, which follows the steps of the New York Actors Studio on which we base ourselves to carry out research projects.
When presenting a doctorate in philosophy at the University of Chicago in 2010, the writer thanked publicly two artists for her inspiration: Michael Caine and Flora Albaicín.

The fact that theater and flamenco coincide is no coincidence. Flamenco, expressive and complex, in its classic trinity of singing, dancing and guitar, encompasses a rich repertoire of expression which we developed from the very beginning, applying our experience and knowledge of New York Actors Studio.
Having Lee Strasberg as the main reference to get “a great performance through a behavior strictly subject to the elements of rhythm and musical structure.”

Expression phenomena are characterized by their extraordinary complexity directly related to the movement of the chemical energy of living matter. These phenomena are present at the nivel of psychology in dance, where emotion and activity correspond, determining the power of exteriorization of the individual. 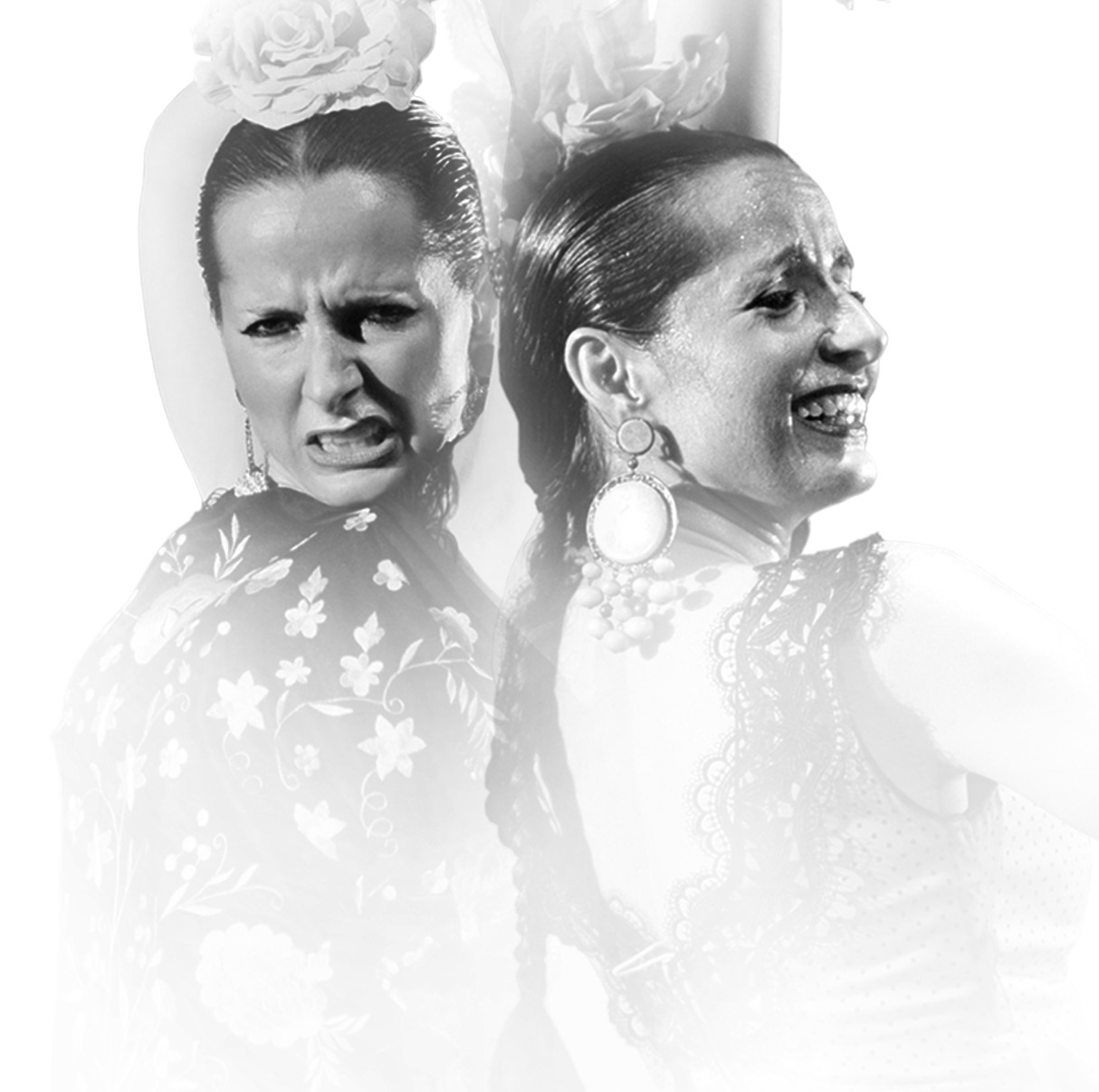 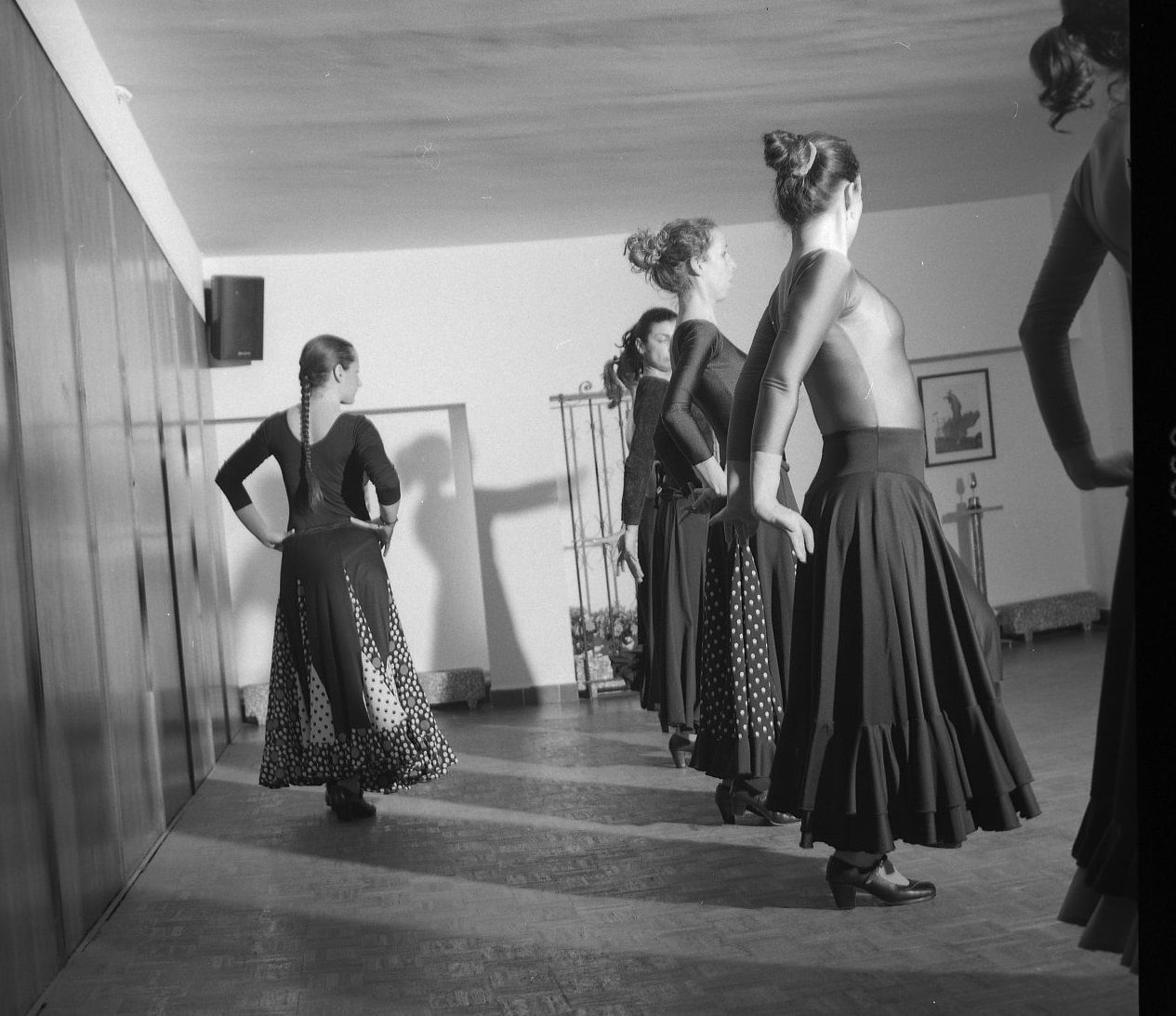 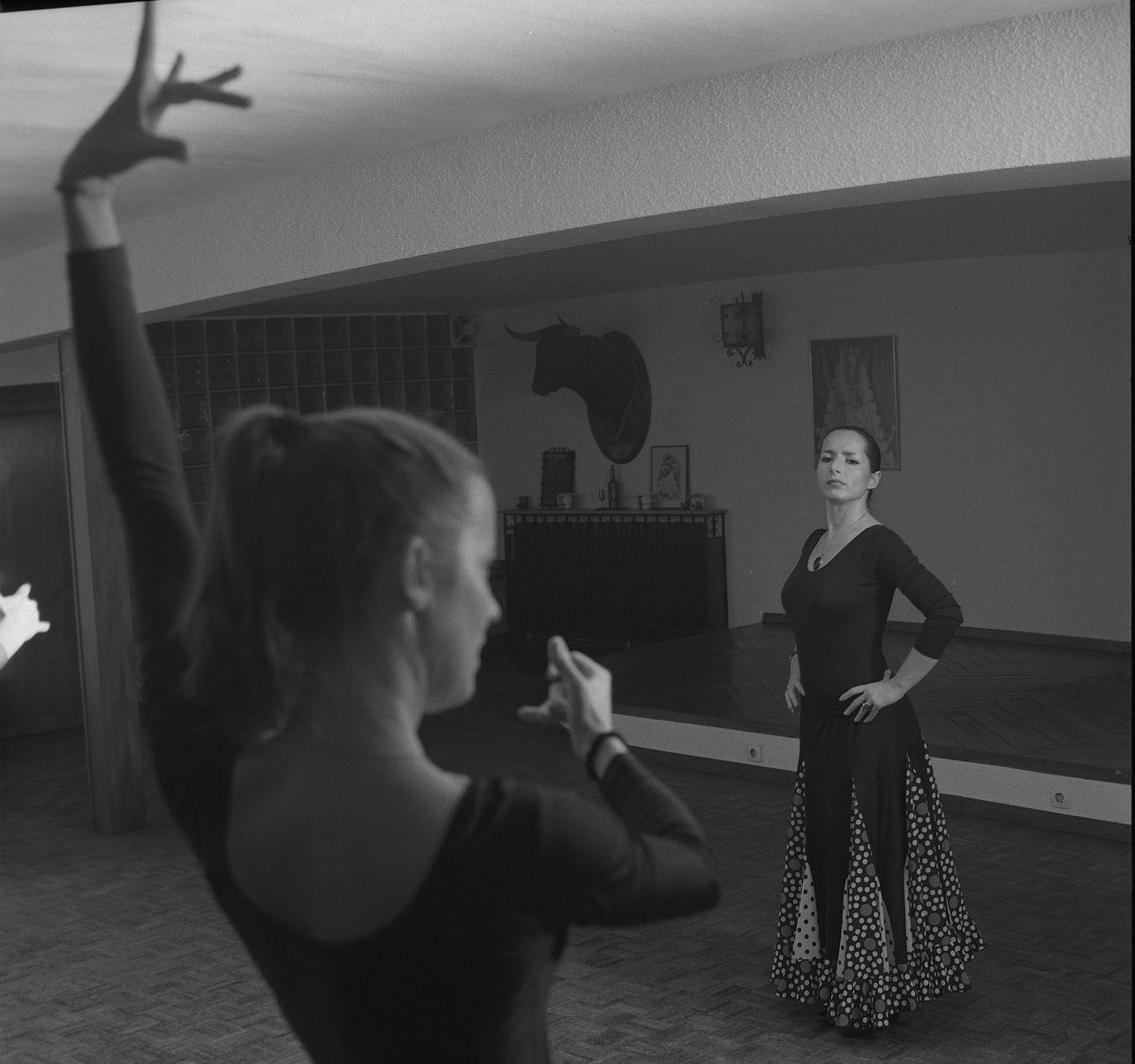 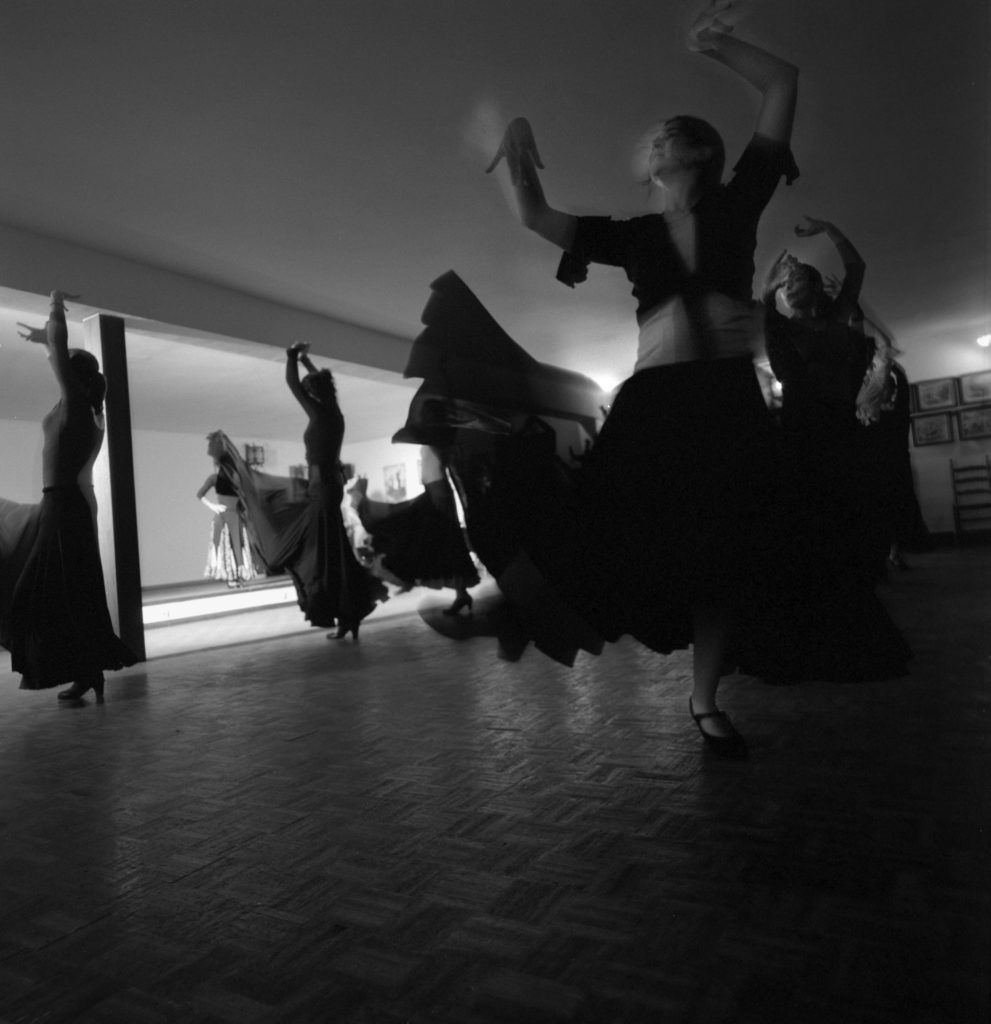 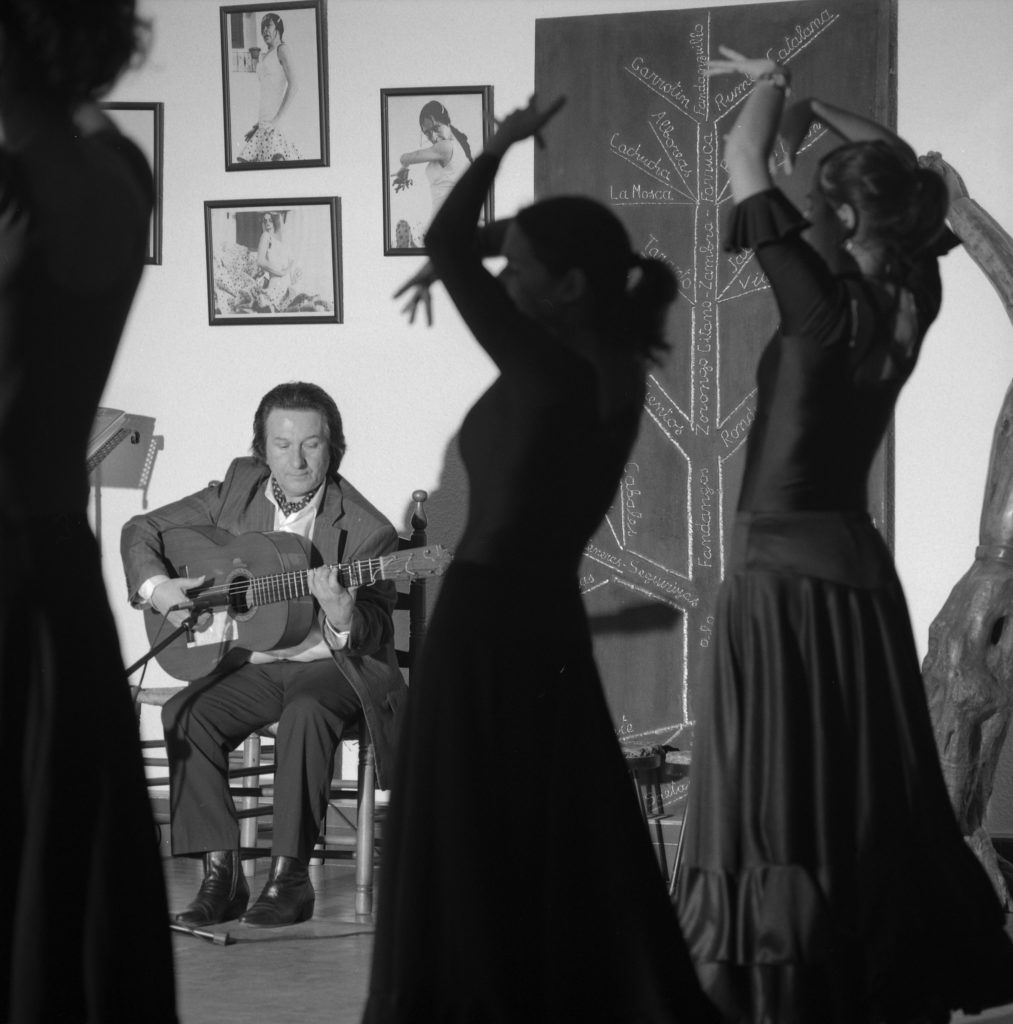 An unforgettable performance, a tailor-made event

We also organize with our professionals all kinds of events with flamenco as protagonist, such as, conventions, private shows, conferences, singing contests, flamenco weddings, etc. 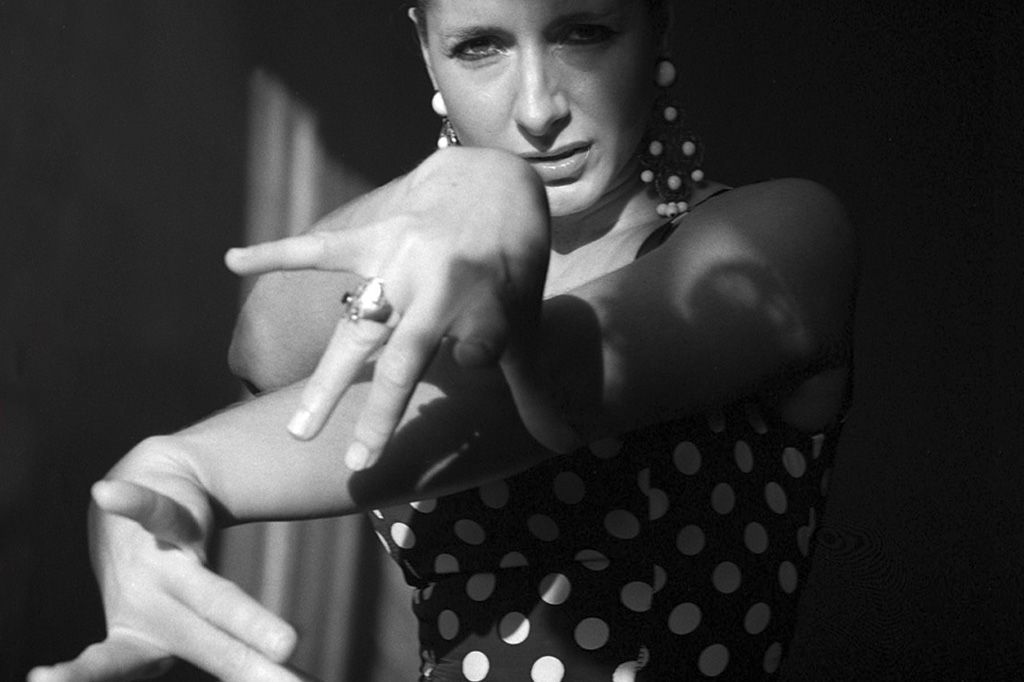 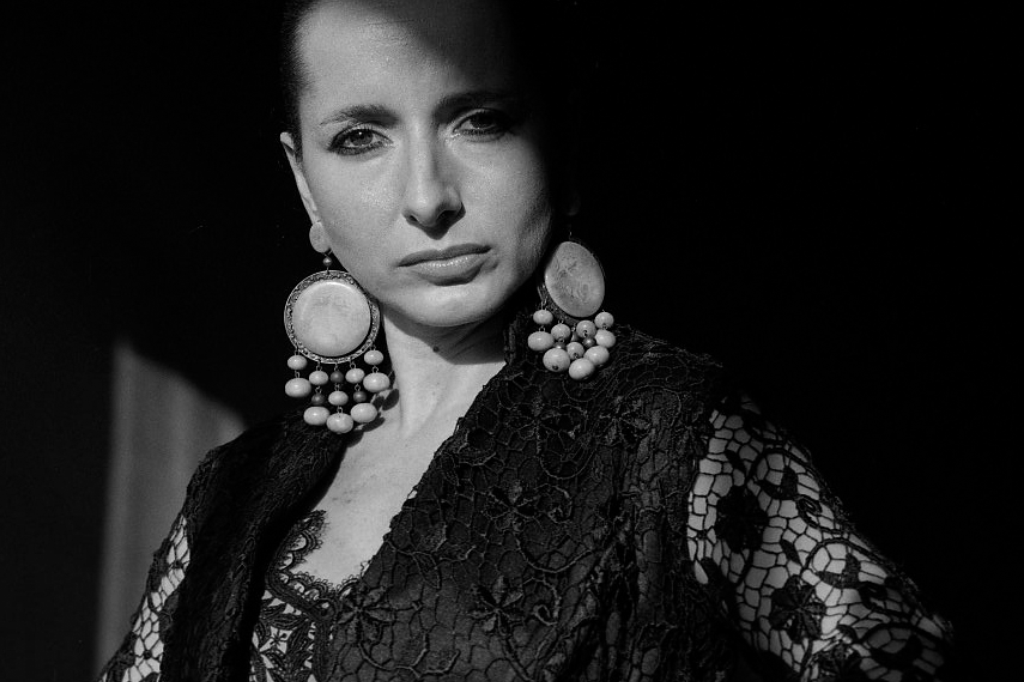 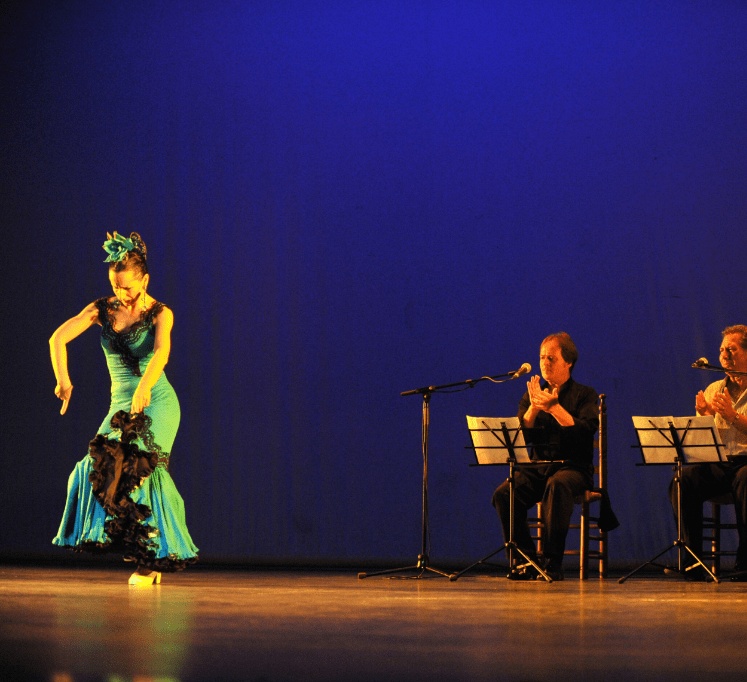 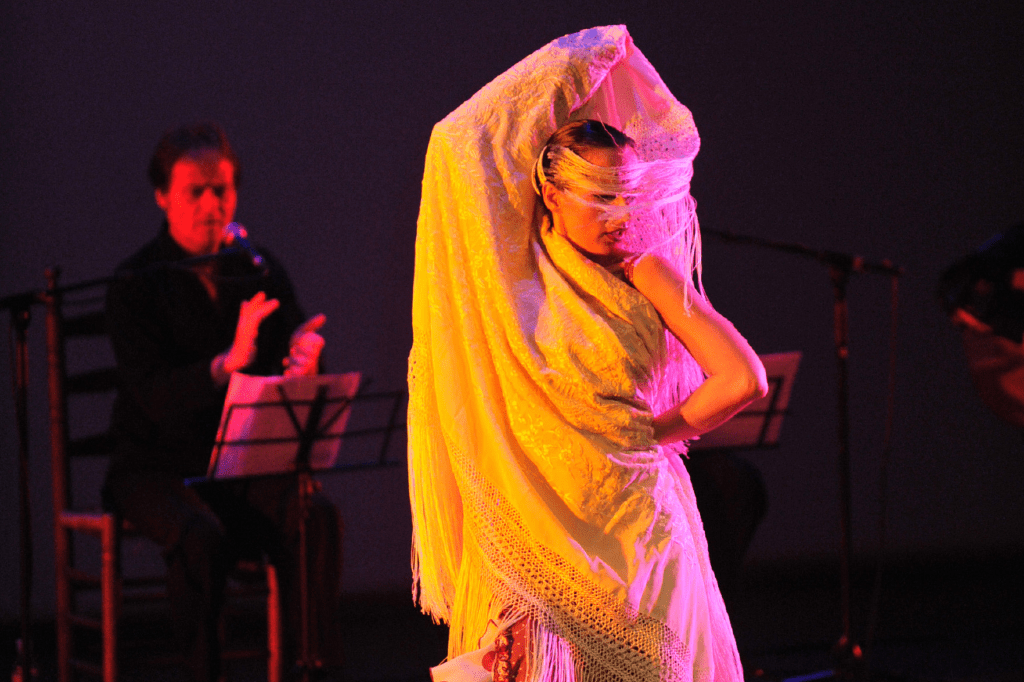 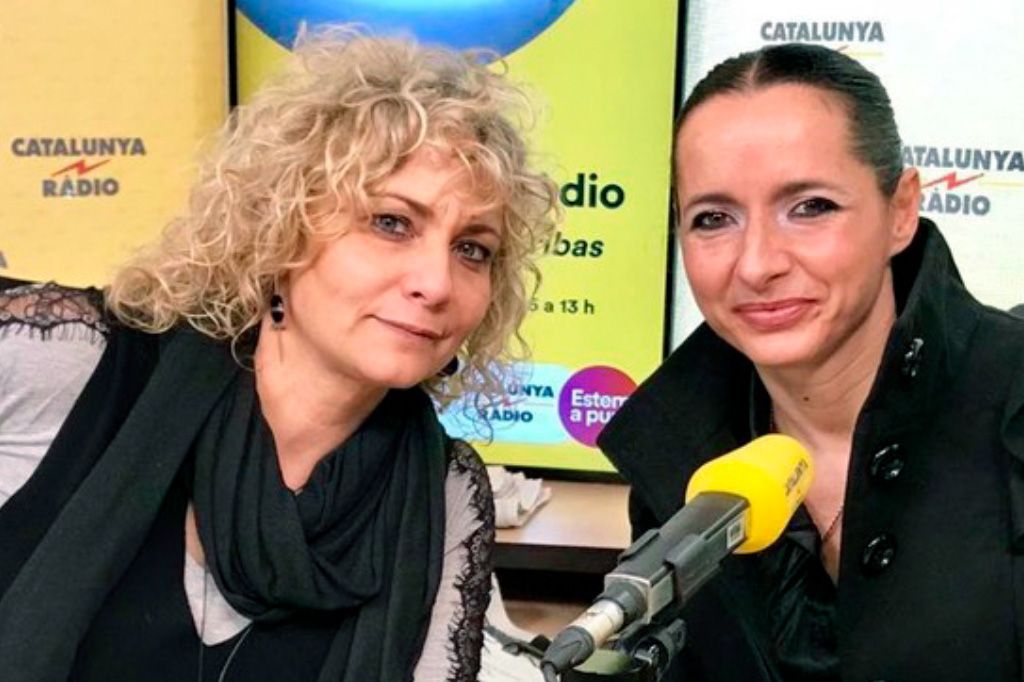 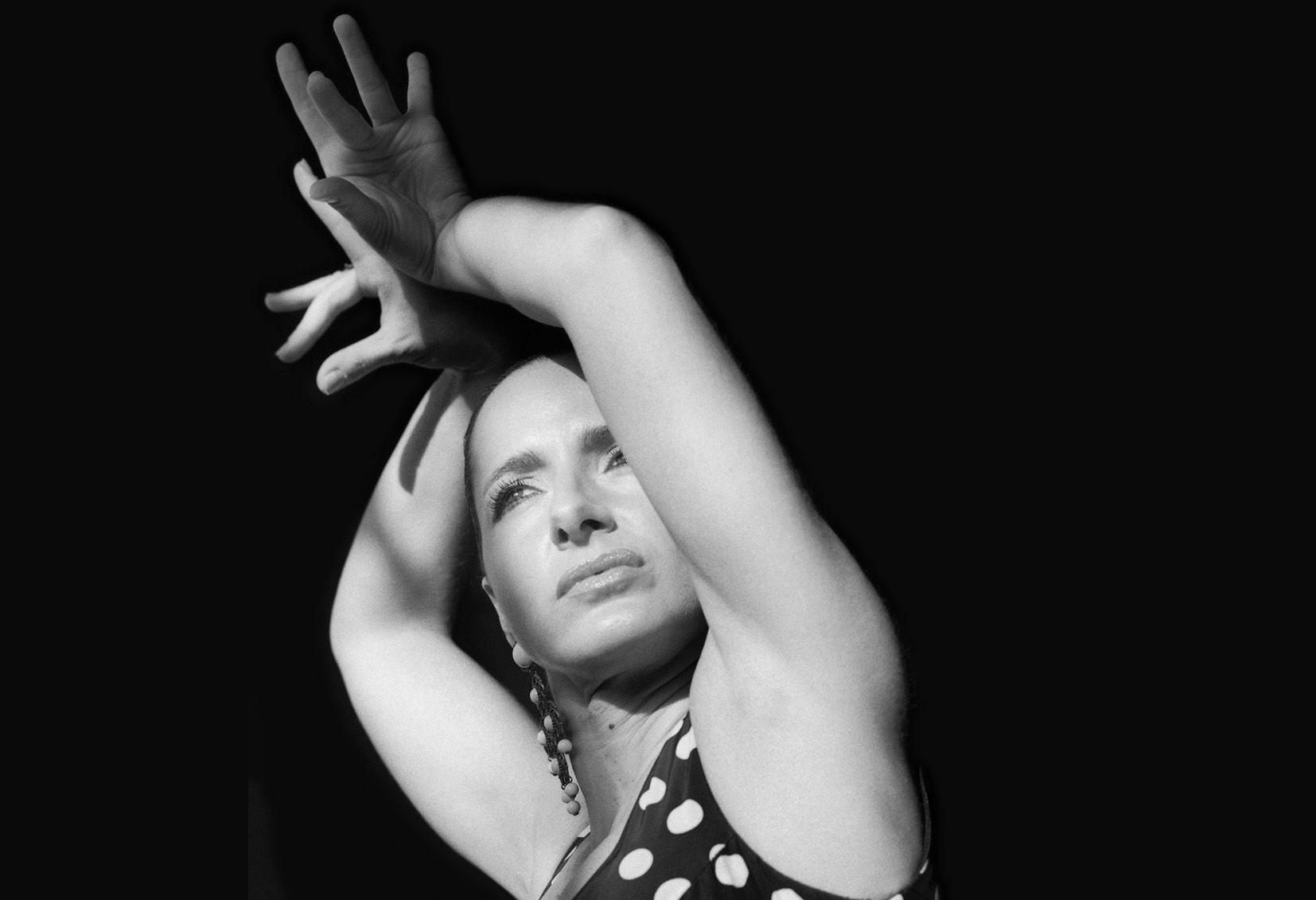